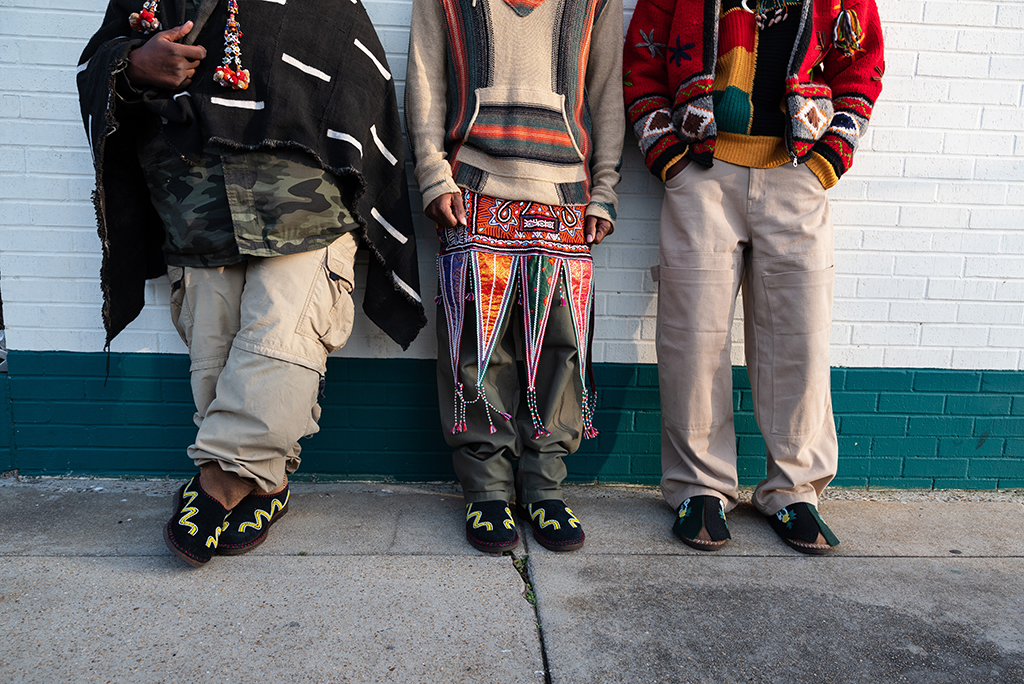 As the country observes the start of Black History Month, here’s how retail players are bringing more attention to the many contributions — fashion and otherwise — of the black community.

Fred Segal is once again partnering with the Black in Fashion Council to launch the second edition of the Season Zero design competition presented by Mastercard. Originally launched in 2020, the annual competition provides promising young creators with funding, mentorship and the retail platform to help launch their brand. The competition is accepting submissions from now until February 28 nationwide and will be open to all designers and creatives with no current business footprint. One grand prize winner will have their collection produced, courtesy of Mastercard, showcased and sold in their own pop-up space at Fred Segal’s Flagship Sunset Blvd. location and online at fredsegal.com September 1. Additionally, the winner will receive 1:1 mentorship with representatives from Fred Segal and Mastercard, as well as a $10,000 grant and a Digital Doors toolkit from Mastercard to help grow and digitally improve their business. The winner will follow in the footsteps of Connor McKnight who was named the first season zero winner of 2020.

Gymshark has partnered with media and marketing agency Obsidianworks for a campaign that shines a spotlight on local leaders who uplift and defend Black culture and communities. The music videos aim to tell the stories of everyday heroes Jason Wilson (founder of Detroit-based nonprofit The Yunion), Wesley Hamilton (founder of inclusive fitness-focused organization Disabled But Not Really) and Mel Douglas (founder of Black Women’s Yoga Collective). Gymshark and Obsidianworks selected a black team of talent to create the campaign, including videographer Bexx François and photographer Justin “Jay3” Jerrod, among several others. “It’s so rare to be surrounded by so many like-minded people on set. I’m honored and grateful for the opportunity to come together in this way,” Douglas said in a statement.

Harlem’s Fashion Row will host its fourth annual Black History Month Summit, titled “The Promise of Fashion,” virtually on February 15 from 9 a.m. to 6 p.m. With Prada as title sponsor, the summit seeks to shed light on the luxury fashion community as some of the world’s best-known brands answer the question: are retailers making a difference? After a year where many brands have pledged to break down barriers and work to end systemic racism in the workplace, Harlem’s Fashion Row seeks to explore their commitment. The summit is part of an ongoing effort to bring diversity and inclusion for designers of color to the forefront of the fashion industry. Participating companies include LVMH, Capri Holdings, PVH Corp., Savage x Fenty and Nike. Tickets are $350.

Nordstrom has launched a series of campaigns for Black History Month. To showcase its diverse community of employees and consumers, the retailer engages with communities and showcases Black-owned brands, Black food culture and stories among its Black employees. Nordstrom is also increasing monetary contributions to organizations that promote anti-racism. The campaign builds on Nordstrom’s previously announced commitments to the black community, which include a series of diversity and inclusion goals to be achieved by 2025, such as increasing black and Latinx representation. in people management roles of at least 50%, having at least 50% of interns and early career employees come from underrepresented populations, and introducing anti-racism and bias training for those in positions in contact with customers.

Qurate Retail Group is celebrating Black History Month in a big way. To start, QVC and HSN are donating $100,000 to the Black Women’s Health Imperative as part of the month-long celebration. Customers can also make direct donations to BWHI from QVC.com and HSN.com. Additionally, QVC and HSN highlight black-owned brands as part of the company’s Small Business Spotlight program. About 12 black-owned businesses outside of Qurate Retail Group’s supplier base will share their brand stories live on QVC and HSN or on QVC2 and be featured in a month-long special event on Zulily.

Saks has teamed up with designers LaQuan Smith and Dani Evans of Monrowe to create digital content in which Smith and Evans highlight some of their favorite black designers and reflect on the important relationship between community and progress, nurturing health mental health and finding joy in black history and excellence. The content will be featured on saks.com and on Saks social media throughout February. The retailer’s New York flagship will also feature a window installation dedicated to Black History Month by February 14 featuring black designers like Kimberly Goldson, Wales Bonner, LaQuan Smith, Tove, Frederick Anderson, and more. Additionally, the Saks Foundation will donate $60,000 to the Black Emotional and Mental Health Collective (BEAM).

Target launched a campaign to highlight black employees, designers and entrepreneurs, continuing its “Black Beyond Measure” marketing campaign. The collection will feature a range of exclusive products across multiple categories including apparel, accessories, home, beauty, books, food, toys and more. The assortment will also include designs from the three winners of Target’s inaugural HBCU Design Challenge, which allowed students from historically black colleges and universities to submit designs for inclusion in the Black History Month collection of Target. Target will also carry cotton t-shirts from fifth-generation black family farm Bridgeforth Farms. The theme of the collection is “Creating our own future”. Thus, 86% of the collection was created or designed with black companies or designers.

Ugg has teamed up with Tremaine Emory, also known as Denim Tears, for a new collaboration. According to Ugg, Emory’s collaboration with the brand is a deeply personal exploration of his great-grandmother Onia’s Black Seminole heritage, incorporating inspiration found in associated iconography and craft techniques from the southeastern United States. United States. For the collection, Emory reinvents two Ugg styles through its unique historical lens. The Ugg x Denim Tears Tasman Onia is crafted from signature suede and sheepskin with flower-adorned panels and whipstitch detailing around the collar. And the Ugg x Denim Tears Classic Onia adds embroidery and beading to the signature style in suede and sheepskin. Ugg will also donate a total of $50,000 to two nonprofit organizations — the Backstreet Cultural Museum and the Guardians Institute — both of which prioritize the preservation of long-held, but rarely told traditions. Emory intends that these donations will give back to the community that helped launch its research into its own rich cultural history.