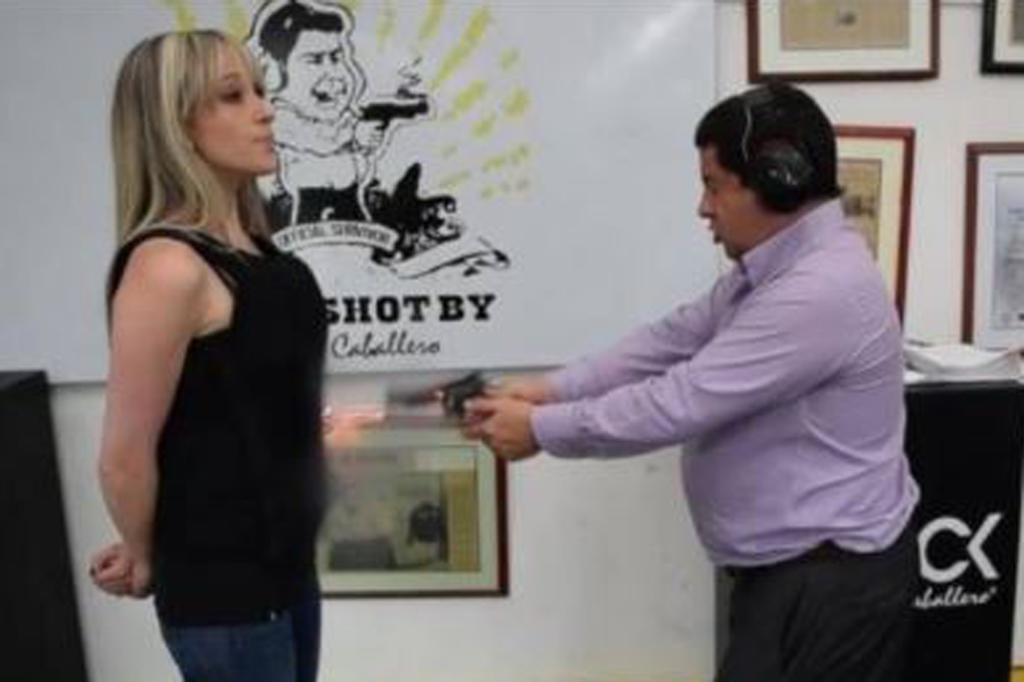 A Colombian fashion designer is now selling his bulletproof clothing in the United States, but he has an interesting marketing strategy.

Miguel Caballero’s clothing line, sold as MC Armor in the United States, is both stylish and efficient. Sport coats, safari jackets and t-shirts – currently available at gun stores in Florida, Texas and California – are designed to stop a bullet, reports the Miami Herald.

To prove they work, Caballero puts his clothes to the test by shooting people wearing his designs. He shot more than 230 volunteers, including magician David Blaine, reporters, his lawyer, several of his employees, potential clients and even his own wife, according to the Herald. Caballero hopes his stunt will one day land him in the Guinness Book of World Records.

The company’s flagship product is a lightweight, flexible bulletproof tank top that comes in several different levels of protection and starts at $495, reports the Herald.

Caballero’s wife, who works in the company’s US market, said buyers were receptive to the product.

“We sold to gun shops, to Uber drivers, to doctors, to lawyers, to teachers,” she told the Herald. “People have been very interested in the product.”

“What’s nice is that it attracts a high-end clientele. It’s something that will give them protection but it won’t look like they’re wearing a vest,” he said.