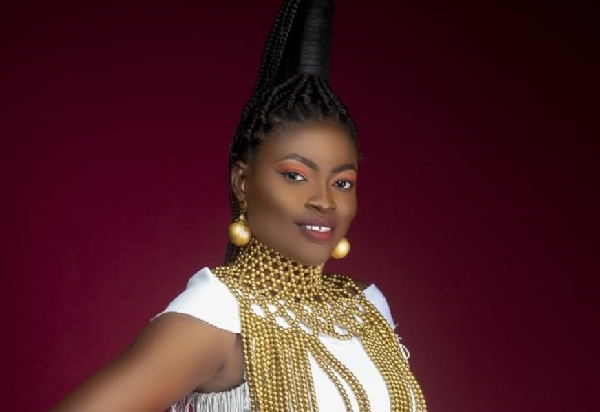 Aphia Sakyi on her fashion accessories featured in “Coming 2 America”

Ghanaian fashion accessories designer, Aphia Sakyi has revealed how her work has been featured in the American comedy ‘Coming 2 America’.

The pieces were worn by characters from the film released in March 2021.

“They sent a message about the parts they wanted to use, then I sent a part as a sample for them to decide if it works for them. And it worked, so they asked for more parts, and then we sent to them,” Sakyi revealed to Kwame Dadzie on Citi FM’s “Celebrity Radar.”

“The film has really helped the brand and we have gained great recognition in Ghana and Africa as the designers featured in the film which is a plus for the country. It will also encourage up-and-coming designers.

Sakyi ventured into the life of design while studying business administration at the Regent University of Ghana.

She is currently the founder of a design school and a fashion brand.

Her brand won “Accessory Brand of the Year” at the 2018 Fashion GHANA Awards and Recognition. Her work has been featured at AFI Cape Town Fashion Week, Accra Fashion Week, Passion for Fashion Showcase and Africa Fashion Week in London.

A fashion accessory designed by Sakyi was featured by Janet Jackson in her first Instagram video honoring her brother Michael Jackson.